This program has passed.
115 people viewed this event. OneRedmond was extremely excited to host this year’s East King Chambers Coalition (EKCC) Legislative Wrap Up event and reception here in Redmond on Thursday, July 21 from 3:30 – 5:30 p.m. at the Hilton Garden Inn Redmond.  To best showcase the exciting work going on in Redmond, we also organized small pre-event briefings and tours for legislators and guests at a few organizations including: Sound Transit’s Redmond Technology Station & Garage, SpaceX, Stryker and the Together Center. 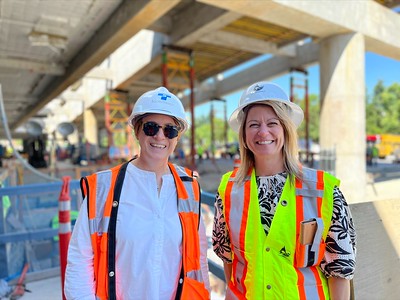 The Legislative Wrap Up featured welcomes from OneRedmond CEO Kristina Hudson, Redmond Mayor Angela Birney, and event sponsor Jared Axelrod with Amazon.  Chamber leaders, and city, business and nonprofit executives were then able to hear from legislators directly about the actions taken during the last session.  Click here to review the 2022 EKCC Legislative Wrap Up Recap.

About the East King Chamber Coalition:

For more than 20 years, the East King Chambers Coalition has allowed 11 of our Eastside chambers of commerce, representing businesses across our region, to come together and advocate for critical business legislation by speaking with a unified voice.  The Coalition develops a variety of annual publications and bring lawmaker and business leaders together through events and activities.